NOTE! ONCE UPON AN ALBATROSS… (2008-2012) is a retired blog that is no longer updated. You can read the current blog here. 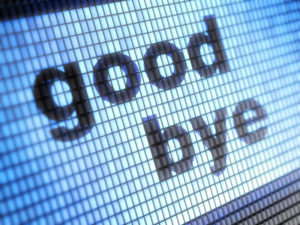 After running this website in all its various incarnations over the last 15 years (1997-2012), I’ve decided to bring the existing blog and a significant chapter in my life to a close. The website reflected the sprawling mess that my life has become in my misbegotten Internet youth. The time has come to leave the past behind and move forward to embrace the future.

A new blog with a much tighter focus will be in development in 2013. Watch my Twitter feed for when it becomes semi-public (i.e., new blog postings will be announced there). This blog post will be updated when the new blog is open for everyone (including search engines and spammers). I still blog about writing at A Silicon Valley Writer every Sunday.

Last night I saw an advanced screening of “Jack Reacher” with Tom Cruise at the AMC Mercado 20 in Santa Clara. I wish I could say that AMC and/or Paramount invited me because I was an awesome blogger and I sat in the reserved seating for THE PRESS. Didn’t happen that way. Being a AMC Stubs member, I got an email about this event and requested the FREE tickets last week. I sat with a rowdy crowd that cut across a wide demographic spectrum that’s unusual for a Tom Cruise movie. As for the motley crew that sat in the reserved seating for THE PRESS, only one guy had a notebook out and looked like a reviewer in his corduroy coat.

Other than being a Tom Cruise movie, I had no clue what “Jack Reacher” was about beyond viewing a movie trailer a while back. I was pleasantly surprised to discover that the movie was based on the novel, “One Shot” by Lee Child, which happens to be from the middle of the Jack Reacher mystery series. That’s odd. Glancing through the plot summaries for the other novels in the series, this particular novel may be the most accessible to bring to the big screen.

The movie begins with the going back-and-forth between a man assembling rifle bullets in a workshop and driving a van to a water-front garage. He parks the van and puts a quarter into the parking meter. He fires six shots to randomly kill five people who were in the wrong place at the wrong time and leaves behind a single shell casing. The police arrives to find the shell casing and the quarter with a clear finger print. An arrest is made in what appears to be a slam dunk case for the detective and the district attorney. Except the suspect asks to see Jack Reacher.

Who the hell is Jack Reacher?

A former military police investigator from the Army who tried to put the suspect away for killing civilians with a sniper rifle during the Iraq War. The suspect escapes punishment due to the “murkiness” of war. After seeing the shooting and suspect’s mug shot reported on the news, Jack Reacher shows up at the DA’s office to make sure that the suspect is put away for good this time.

The defense attorney, who happens to be the DA’s daughter, convinces him to investigate the shooting. He starts unraveling the set up for the shooting from the perspective of a professional sniper, determines that not all the victims were entirely random, and the person most threaten by exposure is the DA. The violence, killings and car chases escalates to a very satisfying conclusion.

Tom Cruise was brilliant as Jack Reacher. I never read the novels so I can’t make a direct comparison between the two. Rosamund Pike as the defense attorney gave a nuanced emotional performance when the camera did a close-up on her face. I haven’t enjoyed a movie like this in ages.